Fred Phillips and the team are currently in Bordeaux commissioning 4 new Heat Ranger machines. Three of these are at Chateau Angludet, who make smoooooth well rounded reds (we have tested a number of fine vintages to confirm) and one machine at Chateau Giscours (in Labard).

Chateau Angludet (in Cantenac) have generously allowed us to show case the machines running on Wednesday the 23rd February at 2 pm local time, which is a more sociable time than at 2:00 a.m. during frost season, to see the machines in action, ask questions and understand the science.

Francios Cornette of Earl L’Ariac can be seen here enjoying the heat from his machine – we have similarly sampled his fine aperitifs and the spirits he makes for Remy Martin Cognac – SUPERB!

Despite New Zealand’s COVID-19 lock downs and shipping disruptions the four Heat Ranger machines are being delivered to Bordeaux prior to the 2022 frost season.

Heat Ranger featured in a Stuff NZ article while being trialed at the Burkhart Estate chardonnay block in Riverlands, Marlborough, NZ. See the full article here. 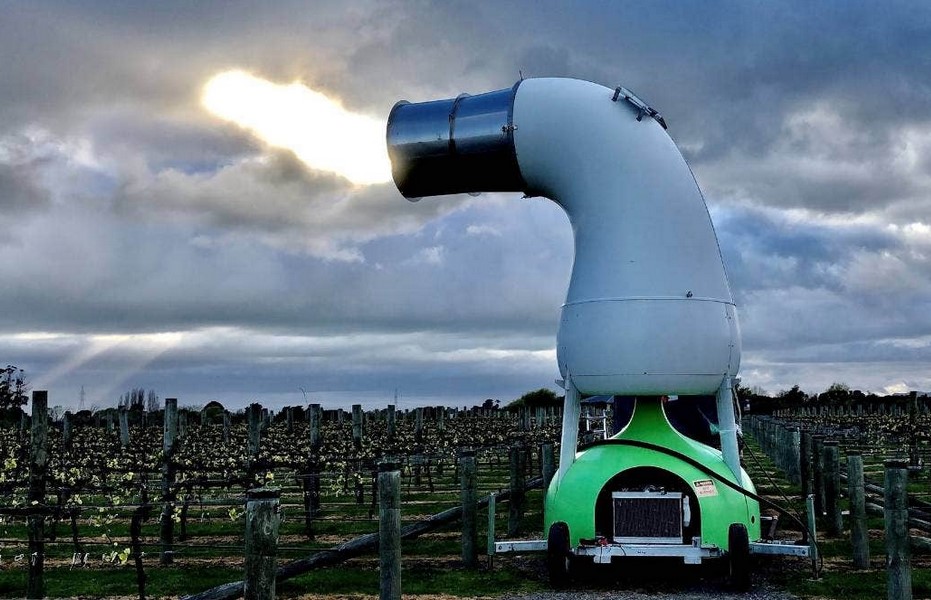 Heat Ranger featured in Episode 4 of the 2017 Series of Rural Delivery on Saturday 8th April.

3 News NZ were kind enough to do an article on the Heat Ranger which aired on the national 6 o’clock television news on Friday the 13 Nov 2015. You can see the full article here.

The following are flyers on case studies and results from running the Heat Ranger.